Susan O’Halloran ~ “Who Gets to Call This Home?”

#FreeEvent Sue O’Halloran’s stories take us on a journey from her front porch on the southside of Chicago to the wider world of international refugee crises and big city racial politics. Through humorous, touching and thought-provoking original stories, Sue will lead us to celebrate our less than perfect families, our own uncertain attempts to make a difference and moments from our country’s history of which we can be proud and about which we so rarely hear. 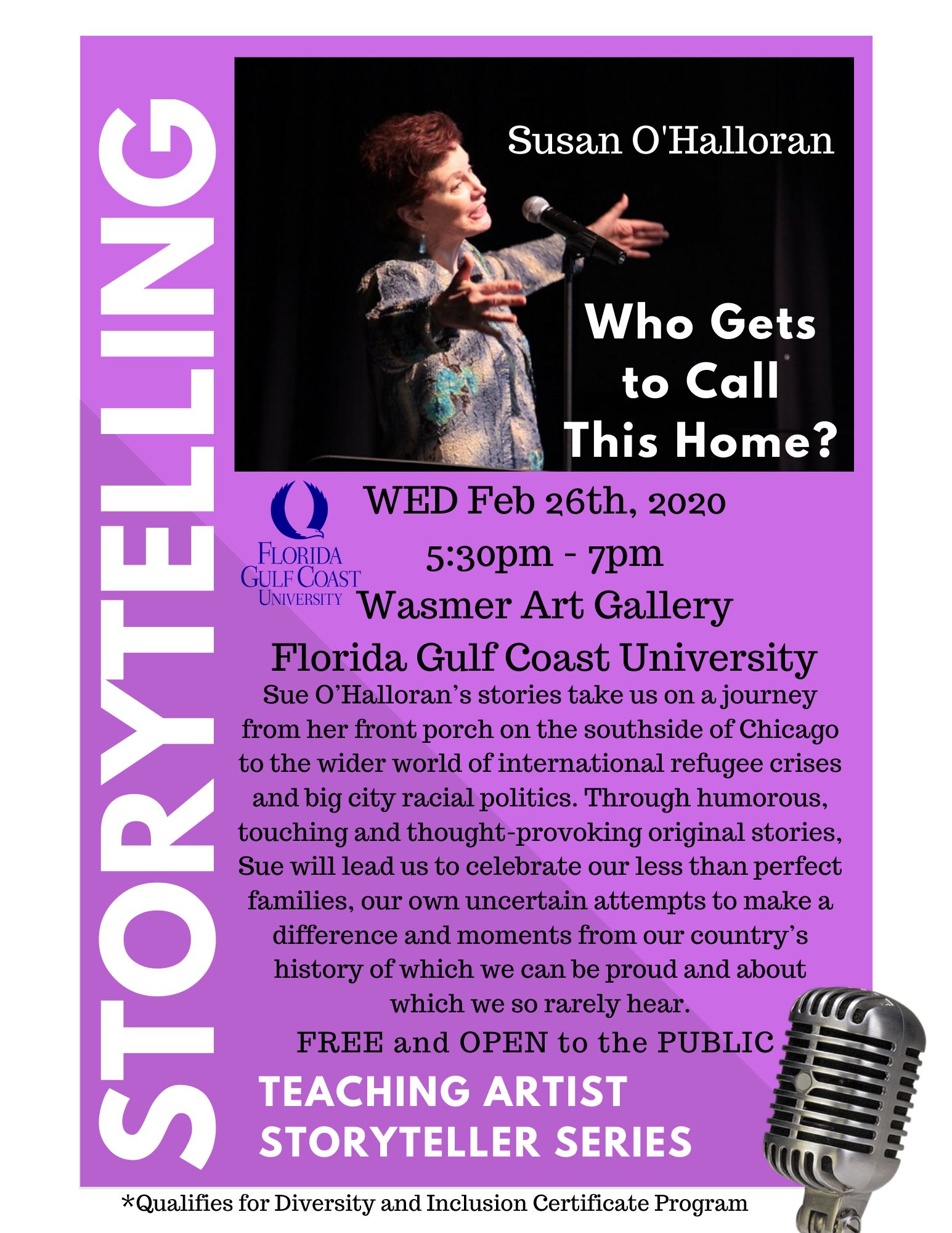 O’Halloran is co-producer of multicultural performances and internationally recognized films including Black, White and Brown: Tribes & Bridges at the Steppenwolf Theatre and More Alike Than Not: Stories of Three Americans – Christian, Jewish and Muslim.

Sue is author of 7 books and producer/director of the video stories on www.RacebridgesStudio.com which deals with issues of race and belonging and receives over half a million visitors each year. Sue teaches Diversity & Inclusion seminars and webinars around the country for corporations and nonprofits. Sue lives in Evanston, IL and can be found at: www.SusanOHalloran.com and www.RacebridgesStudio.com.